The Women & Girls Fund honors Sara Jane Davidson with the 2011 Women & Girls Fund Award Sara Jane Davidson arrived on the Mid-Shore in 1958, eager to start her career as a physical education teacher. It wasn’t long, however, before her presence was felt far beyond her classroom, gym, and athletic fields, as she began a lifetime of finding ways to help her neighbors and community.

Teacher, mentor, counselor, sounding board, advisor, community activist, and tireless worker: for more than a half-century, Sara Jane has filled all of those roles, regularly matching those with needs with people who have just the right skills and services. Because she taught at Centreville, Queen Anne’s County and Sudlersville high schools, Grasonville elementary and Gunston School (now The Gunston Day School), it’s hard to find locals of any age whom she doesn’t know, or women and girls whom she hasn’t helped in some way, if only to let them know that she cares about their well-being.

Alice Ryan, the founder of The Women & Girls Fund, met Sara Jane when Alice was a high school student and Sara Jane was her P.E. teacher at Gunston, and Alice says she treasures the friendship they’ve nurtured over the years.

It’s impossible, Alice says, to spend time with Sara Jane without running into someone she’s helped. “At every visit to a non-profit program the Women & Girls Fund has made, there’s someone who says, ‘Hi, Mrs. Davidson, how are you?’ and it turns out to be someone she helped when they were in hard times. She’s always cared about everybody.”

Sara Jane taught physical education in Queen Anne’s County’s public and private schools for 35 years, and, after receiving her master’s degree in guidance and counseling, also served as a guidance counselor. She taught swimming and coached field hockey, basketball, softball and tennis, and managed to find time along the way to serve on the Queen Anne’s Parks and Recreation Board, the Library Board and Centreville’s Zoning Board. For 11 years, she was a Centreville Town Commissioner, resigning only after she and Dick moved to Caroline County. Sara Jane is also a former member of The Women & Girls Fund Board of directors.

Currently, Sara Jane serves on the boards of Wye River Upper School and the Caroline Nursing Home, and she’s an active Talbot County CASA, a Court Appointed Special Advocate for children who are under the jurisdiction of the county courts.
“I learned from my mom to always treat people with respect, no matter what color, creed, nationality, religion, culture, sex, or how ugly they may act,” Sara Jane’s daughter, Linda Barton, said. “In other words, she taught us to be nice, and to practice random acts of kindness.” 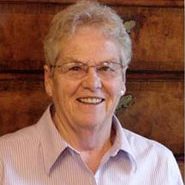