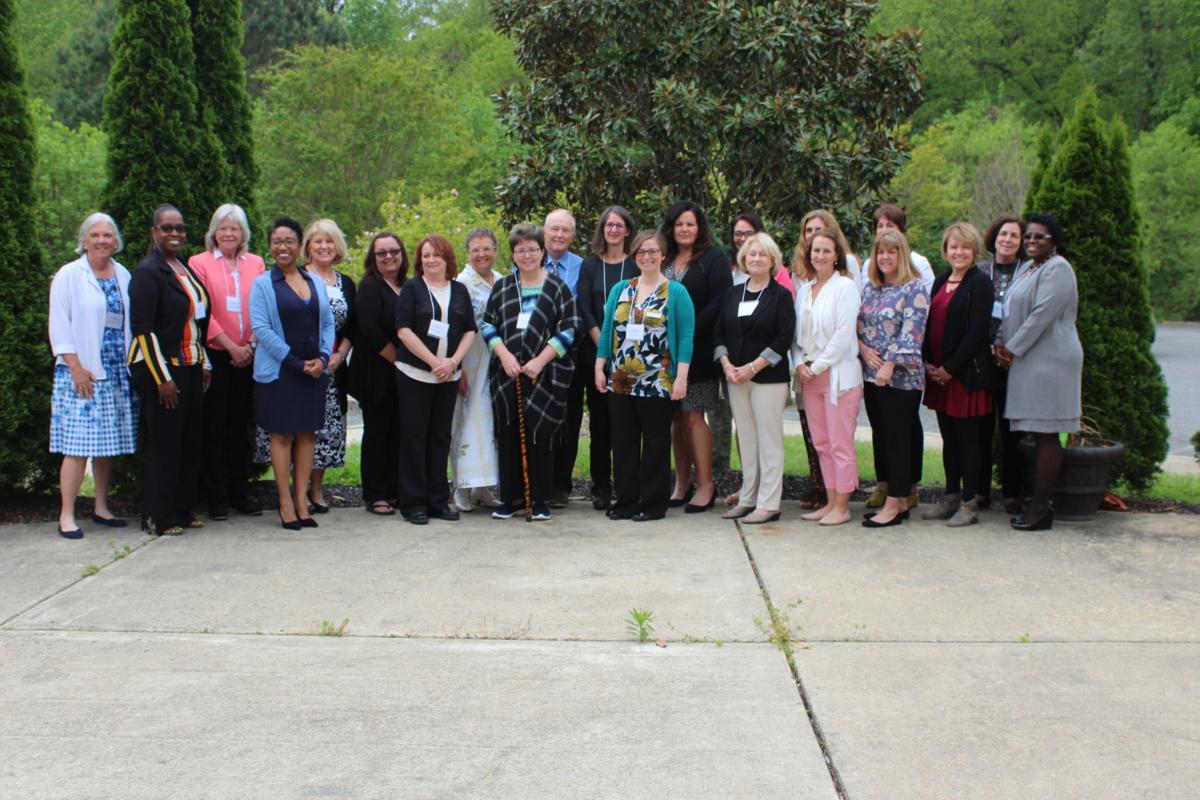 Article and Photo by Kayla Rivas

EASTON — The Women & Girls Fund of the Mid-Shore held its seventeenth annual grants and awards luncheon Monday afternoon, April 29, at The Milestone.

The endowed fund channels the pooled resources of individuals into a legacy serving needs and improving the lives of women and girls in Caroline, Dorchester, Kent, Queen Anne’s and Talbot Counties. The Fund began in 2002 as the grassroots effort of a group of women looking for an effective way to address significant local problems.

Since 2003, the Women & Girls Fund of the Mid-Shore has awarded $601,767 to 89 Mid-Shore non-profit organizations. During Monday’s luncheon, 17 organizations received over $48,000 in grant funding from the Fund.

Krista Pettit of Centreville was the recipient of the 2019 Women & Girls Fund Award and Debbye Jackson of Easton received the 2019 Sheryl V. Kerr Award.

Pettit is the founder and executive director of Haven Ministries, a non-profit in Queen Anne’s County that operates a homeless shelter, food pantries, thrift store, resource center, warehouse with job training and a street outreach program.

The Women & Girls Fund Award was established in 2004 to recognize and honor a community member who has made outstanding professional or personal contributions towards understanding and addressing the needs of women and girls in the Mid-Shore region.

“Krista’s leadership, dedication, integrity, compassion and commitment are the hallmarks of this annual award,” said Alice Ryan, Women & Girls Fund of the Mid-Shore founder. “Seeing and doing are two very different things. Krista is that rare person who does both and does both well.”

“I just want to take a moment to say how honored I am to receive this award,” Pettit said. “I really do appreciate it, especially in a room with so many people helping the community in so many ways. It’s about all of us coming together and doing our part.”

She said her father passed away not too long ago, and the award reminded her of how he was her No.1 fan.

“He taught me to show up for someone else and be their No.1 fan…to walk alongside them no matter their circumstances and guide, support and connect them so they can turn around and be someone else’s No.1 fan,” she said.

Jackson then received the Sheryl V. Kerr award from the Grayce B. Kerr Fund. Jackson went to work at Channel Marker 34 years ago and has been the organization’s executive director since 2002.

Channel Marker provides mental health and wellness support for adults and youth with severe mental illness in Caroline, Dorchester, and Talbot counties. Through a range of on-site, residential and community based services specifically tailored to the needs of each client, more than 55 clinical and mental health services staff serve an average of 400 clients each year.

The Sheryl V. Kerr Award pays tribute to the impact Kerr made across the country and especially in Talbot County. A grant given to the Women & Girls Fund provides for an annual award recognizing individuals or programs of significance to women. The word that best sums up the award’s intention is “empowerment”. Kerr spoke up for women and believed in encouraging them to make a difference to their families and communities through work and community volunteerism.

“She is an incredible visionary, she’s an incredible leader in that she’s able to identify skills and abilities within individuals and then bring them together and set them on a course of action that becomes extremely positive,” Eckardt said.

Eckardt said she has known Jackson for more than 17 years, as Eckardt has been involved with Channel Marker since its inception.

Jackson said she met Kerr on one occasion.

“In speaking with her, she made me feel like I was the only person in the room and the work of Channel Marker was just of great significance to her,” Jackson said. “That’s just really a gift.”

“Channel Marker has been my entire professional career and I’m blessed to work with the most amazing and dedicated professionals you could ever meet … who work everyday to make life better for a population that isn’t so easy to love but we do love them.”

Finally, The Women & Girls Fund of the Mid-Shore also has a Daisy Fund which grows the endowment for the Fund and cultivates a tradition of philanthropy for the next generation. With a pledge of $10,000 in any child’s name, income from each fund may be designated to be awarded to selected grants every year.

This year, the Daises directed an additional $4,454 to a selection of four grantees which were Destined to Rise, For All Seasons, Soroptimist International of Talbot County and Tilghman Area Youth Association.

More information about the Women & Girls Fund of the Mid-Shore can be found at https://womenandgirlsfund.org/.